Skip to main content
It looks like you're using Internet Explorer 11 or older. This website works best with modern browsers such as the latest versions of Chrome, Firefox, Safari, and Edge. If you continue with this browser, you may see unexpected results.

A collection of online resources for Professor Stacey's ENG 102 Class. 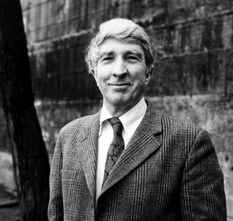 A&P - This program presents a dramatization of John Updike’s frequently anthologized story of irony and innocence. Updike himself comments on the story in an interview with Donald M. Murray, columnist for The Boston Globeand Pulitzer Prize–winning writer. (31 minutes)

Articles about John Updike and His Work

John Updike - from the St. James Encyclopedia of Popular Culture, 2013